IV. A journey to the center of the universe

Cancer is not an ennobling experience. Cancer entails fear, and anxiety, and loss of confidence. Cancer means a thousand petty humiliations and hardships. Cancer itself is romanticized only by fools.[1] For those who have called me their hero, that is a flattering compliment, but undeserved. A hero is one that is admired for achievements and noble qualities. My fight to survive is not heroic, it is something that I am forced to do simply because the only other alternative is death. While heroes spend their days helping others in hopes of one day saving the world, I spend some paralyzed in bed from the sheer pain. Others, I crawl with all my strength toward my pill bottles praying that by lunch I would have enough strength to put on my heels and stumble to work for the faintest sense of normalcy. Others, I look in the mirror and gasp at my reflection, which I am unable to recognize at a meager one hundred pounds and bald. Where have I gone? That is where the petty humiliation creeps in. My appearance betrays me and gives away my newly found lack of confidence and weakness. Everyday without fail the world comments on my hair, or lack thereof. My favorites include a co-worker exclaiming, “Wow, I thought you were a new hire” to my all too emotionally supportive nurses uttering, “You look like a completely different person”. Why yes, it’s nice to meet you, I am Natalie Portman.

While I am not yet a hero, I am pleased to be completely surrounded. One hero, also known as my work mother, gave me hope for the future that no one will have to experience the same loss of dignity, for she and her husband altruistically donated $500 in my honor to the Lymphoma and Leukemia Society. Other heroes offered pleasure through my stomach, with tiramisu cheesecake and Starmix gummies delivered from my favorite place halfway across the globe, Dublin. If Starmix could get me through those distressing accounting classes, especially the ones spent discussing the weighted average cost of capital, no doubt they will help me battle cancer. A newly found hero, who

became a sidekick akin to having my very own Chewbacca, helped me to rediscover beauty through surprising me with my favorite sunflowers, reminding me of those that line the Tuscan countryside with such a brilliant yellow that glistens in the sun as far as the eye can see.

Then there is the hero with the most admired powers, the one that lives in an alternative reality and uses his might to offer a way out for even just a moment. This curiously imaginative hero offered a quick escape from reality, with a journey to the center of the universe. I’m not talking about a trip to the sun, which is the center of the solar system or the Galactic Center, which is the rotational center of the Milky Way. While those would be extraordinary to visit, this place, I am sure, is far superior. In a little, quiet, sleepy town called Mentone, Alabama, this hero’s family runs a summer camp for boys fully equipped with waterslides, kayaks, hydrobikes, a high ropes course, horseback riding, tennis, archery, and anything you can possibly dream up. http://camplaney.com. I never in my life wished so badly to be a little boy for the opportunity to spend endless summers in paradise. I guess now, with my new look, I fit the part. At an early morning hour, I arrived at Chattanooga’s exquisite airport and my hero drove me forty-five minutes south to the middle of nowhere atop Lookout Mountain. You can see where my confusion arose when he declared that we were arriving at the center. We emerged from the car and walked straight into the middle of the most chilling dark field and after looking straight up, I understood completely. Up there, I could see a million stars burning bright through the blackest night, so close that I might reach. So brilliant was this sky that shooting stars were in abundance and the Milky Way streaked across doubling as a simple cloud hanging around in the night. I had arrived at the center of the universe and I never wanted to leave.

I began to escape my harsh realities of nurses brazenly accusing me of distrust in prescribing the right treatment during my nightmarish search for a second opinion at one of the best hospitals in the world, Hopkins. The analyst in me responded by calling advocates at the Lymphoma and Leukemia Society, who informed me that a staggering 30% of Lymphoma patients are misdiagnosed and the Taurus in me responded with its stubborn and strong willed nature that kept me pushing on. All these nuances began to fall away as I drifted down Little River in my Kayak being pulled by a hero dressed as a pirate on his hydrobike. We surely appeared absolutely ridiculous, but I am equally sure that imagination will save me.

With imagination, it’s impossible to dwell on trivial certainties, such as the remaining bits of my hair falling out everywhere, on my food, on my bed, on my clothes, on my keyboard at work. Visitors to my dwelling would surely think that my non-existent pet needed a serious brushing. Like my hair, it all falls away with a bit of imagination and splendor. The pirate hero and I kayaked down the lazy river to the exquisite DeSoto Falls and we watched the world from above. 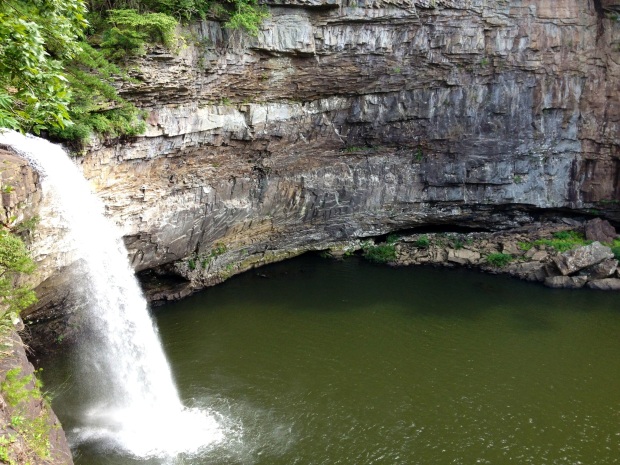 I’ve always felt serene watching the world from above, from the top of the Eiffel tower, to the top of the Irish cliffs overlooking an endless sea, to the top of a castle overlooking all of Prague’s blood red rooftops, to the top window of the duchess’ house overlooking the most magnificent duomo in Florence. My extensive list of favorite heights is now one longer, on top of the ridge of Lookout Mountain at sunset. There I swung, with new and old heroes, on a porch swing silently and tranquilly welcoming the night with an exquisite sunset. This sunset, which ever so charmingly changed from brilliant pinks to reds, illuminated ridge after ridge that appeared to extend ahead infinitely. Here my remaining untold fears melted silently into the sun. 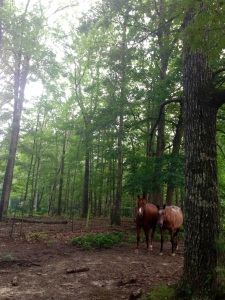 Old fears slipped away and new ones crept in. The exhilarating kind. The kind where fourteen horses roaming free in fields, catch one glimpse of you, and with the hopes of being fed, gallop with all their might in your direction. The only other time that I’ve been in such shock was after my doctor delivered those wicked words, you have cancer. Stunned by shock, the awe eventually sneaks in. The horses disappointed with our lack of food, surrounded and nuzzled us seeking attention. Not dissimilar to my battle, my shock drifted away and the awe of my heroes crept in, for they helped me to escape and live in an alternate reality, a new paradise, and it wasn’t Prague or Hvar or Cinque Terre. It was Alabama, completely surrounded by beauty and friends and front porch rocking chairs. Isn’t it kind of funny that the days spent battling cancer are the best I’ve ever had.

I’ll leave you with an Italian proverb; one would not be alone even in paradise. And I am lucky to be surrounded by heroes.

P.S. – I am finished my second treatment and am already back out gallivanting around, suited up in our nation’s capital! Fuck cancer!

[1] At times I find myself at loss of words and borrow wisdom and inspiration from my favorite people. My first three lines were borrowed and manipulated from a truly brilliant and admirable woman, J.K. Rowling. Whenever I listen to her Harvard commencement speech, I am moved because, on some level, I relate to her qualms and can only hope to be a stronger person from my own personal failure. That being said, here’s the official reference and website to watch her speech, which I urge you all to do.

TedTalk: The Fringe Benefits of Failure 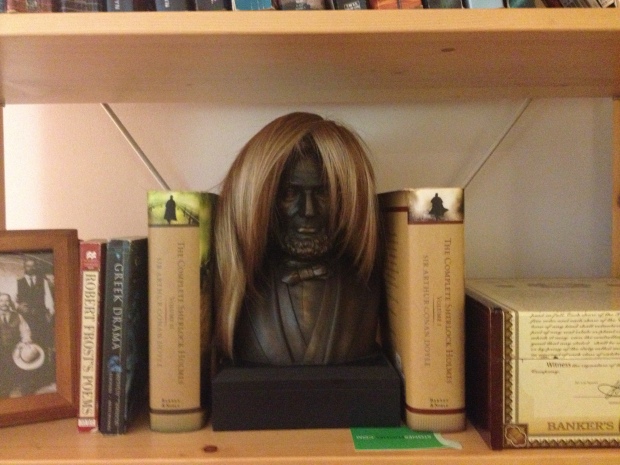